How to Build a Better Relationship With Your Accountant

U.S. taxes are notorious for keeping an iron grip on U.S. residents and citizens no matter where they live in the world. Most people coming over to live or work in Australia know that they may still have to file. However, they might not realise the extent to which they'll have to report their income to the U.S., even if the money was not from a U.S. company. This is something you need to stay current with as falling behind can be a difficult situation to fix.

Your Earned Aussie Income Is Taxable by the U.S.

The U.S. taxes pretty much everything you earn, no matter where you earn it. Got a part-time job in Sydney at a cafe? The U.S. wants your money. Of course, you will be able to take advantage of the deductions and other credits on your U.S. return, so just living overseas does not mean you have to pay U.S. taxes on AU$10 of earnings. But many people don't realise that foreign income earned overseas is reportable and potentially taxable by the U.S. Note that this does not apply to many forms of retirement income, nor to the stimulus payments issued by the U.S. government in 2020 and 2021. But earned income is always under scrutiny.

You Do Have Credits and Exclusions

If you're worried about double taxation because you'll have to file Australian taxes, too, don't be worried; you'll still have to file tax returns in both countries, but the two have a number of credits, exclusions, and treaties that let you exclude a substantial portion of overseas income and take credits for taxes paid to the Australian tax authorities. You get additional benefits if your status is not that of a typical wage earner, such as if you're a student. If this still sounds awful, keep in mind that at least Australia and the U.S. do have these treaties and agreements; some countries don't, and taxes are more difficult to work out in those places.

You'll Likely Have to File No Matter What

The U.S. has varying minimum-income requirements for filing. At the low end, you'll have to file if you earned at least $5 and are married filing separately from a non-U.S. citizen (e.g., an Australian spouse who holds no U.S. residency or citizenship). So even if all you earned was pizza money from a few arts and crafts sales, you'd have to file U.S. taxes if you were married to an Australian and filing separately. This doesn't mean you'll have to pay, of course. You'll also need to file forms like the FATCA and FBAR forms that report overseas assets and savings in non-U.S. banks, regardless of income.

Many Australian tax accountants have dealt with these dual tax returns, and some specialise in helping U.S. immigrants and expats keep all their reporting in order. Meet with a tax accountant early to start keeping tabs on what paperwork you'll need so that you won't be rushing about come April. 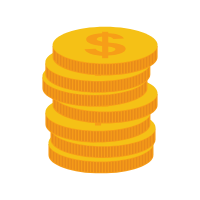 A good accountant won't just do your accounts, they'll also work with you as a business partner. If you choose the right individual or firm to work with, then they can help your business maximise its profits and grow in the future. If you aren't exactly sure how to get the most business benefits out of this relationship, take a look at our blog posts. As well as giving you information on traditional accountancy services, we also try to keep our readers up to date with new developments in the industry and case studies on successful partnerships. You can count on us to keep you up to date!